Robert Putt, who attended Woodbridge High School 80 years ago, is collaborating with the school’s History Department to document his memories of the area. In the second of a series of articles, Robert talks to Headteacher Steven Hogan about World War Two

The History Department at Woodbridge High was delighted and extremely honoured to host an audience with Mr Putt for our Year 9 students on Armistice Day last year. As an alumnus of the school, Mr Putt not only captured his young audience with tales of bombed-out homes, heartbreaking evacuation and chocolate gifts from none other than Clementine Churchill herself, but was able to bridge the gap between past and present students, showing them that as the years go by, and as important and life-changing events take place, the one constant is that education liberates us all.

Mr Putt’s visit came, rather coincidentally, as the History Department began looking into the history of the school, and whilst there is not much to be found online, we did come across a rather surprising find: that in the summer of 1939, mere weeks before the Second World War began, a number of boys, along with their teachers, visited Nazi Germany and were hosted by the Hitler Youth.

The trip was very successful and good relations were seemingly formed with the boys from both countries as promises were made to host their German counterparts later in the year. But it wasn’t to be, the trip being abruptly ended five days early due to the growing hostilities between the German and British powers. Year 9 had been learning about this extraordinary school trip and of the Home Front of the Second World War, so a group of 30 were chosen to listen as Mr Putt spoke of his experiences of growing up against the backdrop of war, of the Blitz spirit, which bolstered so many to ‘keep calm and carry on’ and of the strain it inevitably took on peoples’ lives.

Robert remembers walking home for lunch one day along St Barnabas Road when a plane flew over and he started to run. A lady came out of her house and called him and two girls into her home to take cover in a Morrison air raid shelter in her back room. He said: “We could hear the machine gun firing, then the first bomb dropped at the end of the garden and her French windows were shattered. Glass was flying everywhere, but thankfully, none of us was hurt.”

Robert also has very fond memories of the time. He said the war really helped with his understanding of geography as every day he would sit with his grandfather and study the maps in the daily newspapers, showing where the Allied troops and the Germans were. He knew the names and locations of countries all over the world. He also has happy memories of the school dinners, especially the shepherd’s pie, which he really enjoyed. He said they were very good meals and there was plenty, despite it being wartime.

Robert also has very vivid memories of some of the teaching staff, including Headmaster Colonel Bransden, Mr Harvey, the science teacher (who they called ‘Stinks’, not because he smelt but because his classroom did due to all the experiments he undertook!), Mrs Vale (the only female teacher) for history and Mr Laurie Carr (lots of jokes were made about his name!) for geography.

Robert remembered the class clubbing together to buy one of the teachers a gift for their birthday. They bought him an ashtray (he remembers all teachers smoking then) and they wrapped up a new cane for him. As a thank you, the teacher caned every single member of the class!

Summing up, Robert said: “I enjoyed my schooldays more than anything. They were happy days, despite the war.” He advised our students that: “You should always treasure your schooldays as life after school becomes repetitive and is therefore harder to remember. But your schooldays are when lots of things are new and they stick in your memory forever.”

Woodbridge High School is located on St Barnabas Road, Woodford Green. For more information, visit woodbridgehigh.co.uk. If you attended the school during this era and would like to share your story, email ContactComms@woodbridge.redbridge.sch.uk
Tags:slider
Discover the history of South Woodford’s war memorial and other local monuments
A MESSAGE FROM THE EDITOR REGARDING THE CORONAVIRUS (COVID-19) OUTBREAK 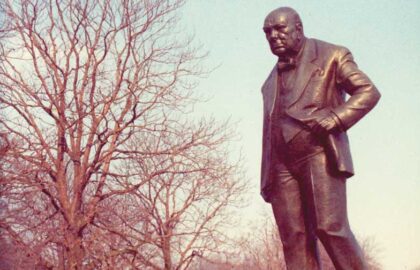 The (new) show will go on: Woodford Pantomime to return in January 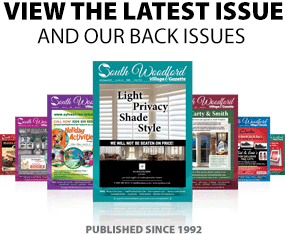